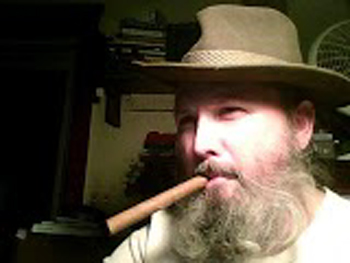 Memorandum Of The Ministry Of Silly Putty

I am the Minister of Silly Putty.

I hereby declare that heretofore, forthwith and to wit all future indications of brilliance, genius and/or essential intelligence emitted by creatures great and small do not infringe upon the rights of those whose sludge is filled with remarkable intuition beyond all recognition. If any such persons, or beings representing such persons, or their assigns, become agitated for reasons extolling the virtues of non-existent databases, then it is permissible for those who would do otherwise to do otherwise.

If anyone reading these letters feels the need or the urge to splurge, recommend, abscond, blast into outer space, clothe or unclothe, retard, discard, or break into haphazard happenstance, then you must report immediately to the Bin of Divergent Scoundrels and fill out a Blaaah! Ticket. Failure to do so will result in your denial being requested and flushed down the proverbial toilet.

We are in growth mode, exercising every indication to evangelize the particulars and any effort to condescend to the contradictions mentioned in the previous paragraph shall not forego the concupiscence of yesteryear.

I repeat, I am the Minister of Silly Putty. Carry on with your goings on as usual and forget this memo at once.


About Allen Taylor and the Writing of the Flash

Allen Taylor is the author of the absurdist post-apocalyptic short story "The Saddest Tale Ever Told," available at Amazon on the Kindle, and the poetry book "Rumsfeld's Sandbox," also on the Kindle. He has had fiction and poetry published in various places online and in print over the past 25 years. He also teaches a Blog Marketing for Writers course at WritersCollege.com and is the editor/publisher of Garden Gnome Publications. He maintains a personal website at allenleetaylor.com.

I was asked to write a little something about the innovation behind "Memorandum Of The Ministry Of Silly Putty." Before I do, I'd like to take some time to thank all the people who made this happen and some of them who didn't.

My mother, for instance, had nothing to do with it. I thank her anyway. After all, she is my mother.

I would like to thank the Academy. Any academy will do. And Tantra Bensko, the host of this party, for throwing this party - because without the party there would never have been an incident, and I hate to take credit all by myself for the strange events that keep happening in my mind. Finally, I would like to thank the minister of silly putty for allowing me to assume his identity without his knowledge and consent.  Now onward Christian soldiers! and blasphemous heathen too.

I have always been enamored with silly words. Dr Seuss is a bit of a cultural hero where I come from - the uncultured Southwest. Lewis Carroll captured my imagination early on with that nymphodisiac Alice skipping to her lou and doing strange things with odd characters (or is that odd things with strange characters?). And of course, Monty Python should have been American. I told him so in my dreams on many occasions. He'd have been a bona fide hero of mine if he'd have given up on all that Holy Grail nonsense and just told a few jokes.

But I digress.   In a nation of laws such as ours, it is a pertinent question to ask what the meaning of "is" is. If presidents and political scoundrels (polscouns, for short) can't figure it out, what's the rest of us to do?

I have always loved lawyers. Even more so, the law. The language is so concise. And they always get right to the point. Which is the point, isn't it?

Therefore, I thought it might be fun to convey the seriousness of officiality by unofficially co-opting the language of authority and using it almost precisely as they themselves would do. With a couple of minor tweaks and twanks. And with a little inspiration from my heroes Dr Carroll, Lewis Python, and Monty Seuss. By juxtaposing unrelated linguistic expressions and discordant clauses representing reality as we'd like to know it, or think we know it, the artist can create an irreal taste of jabberwocky that, in its own way, kind of makes a little bit of sense. And if you buy that, well, just fill out a Blaaah! Ticket, and don't say I didn't not tell you so.